As a subscriber to the Sabaton newsletter, you’ll be the first to know when new Sabaton music and tour tickets are available! We will also contact you from time to time about new merchandise, exclusive offers, competitions and news about the band. 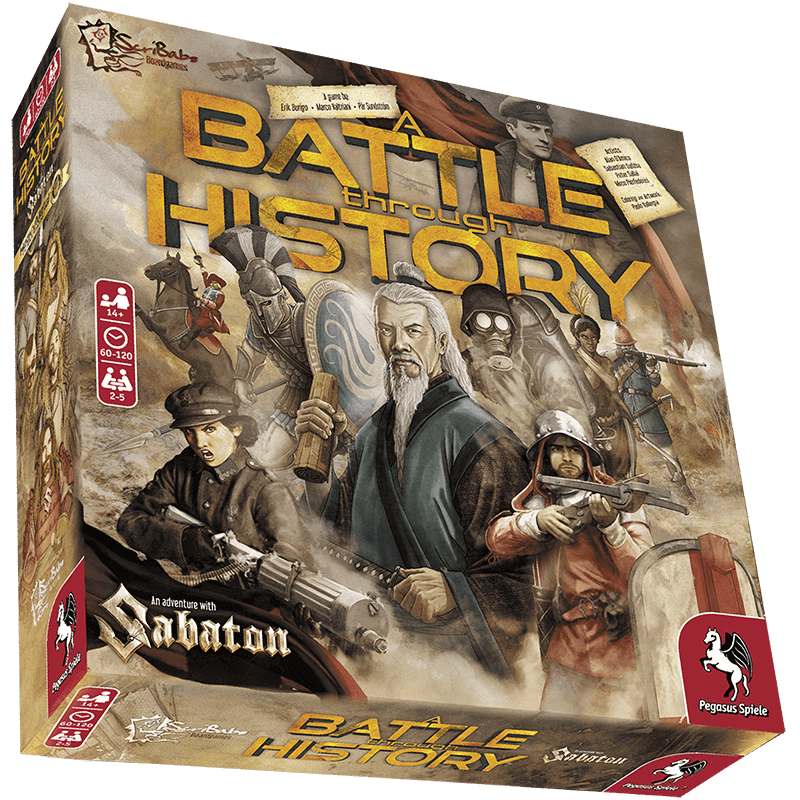 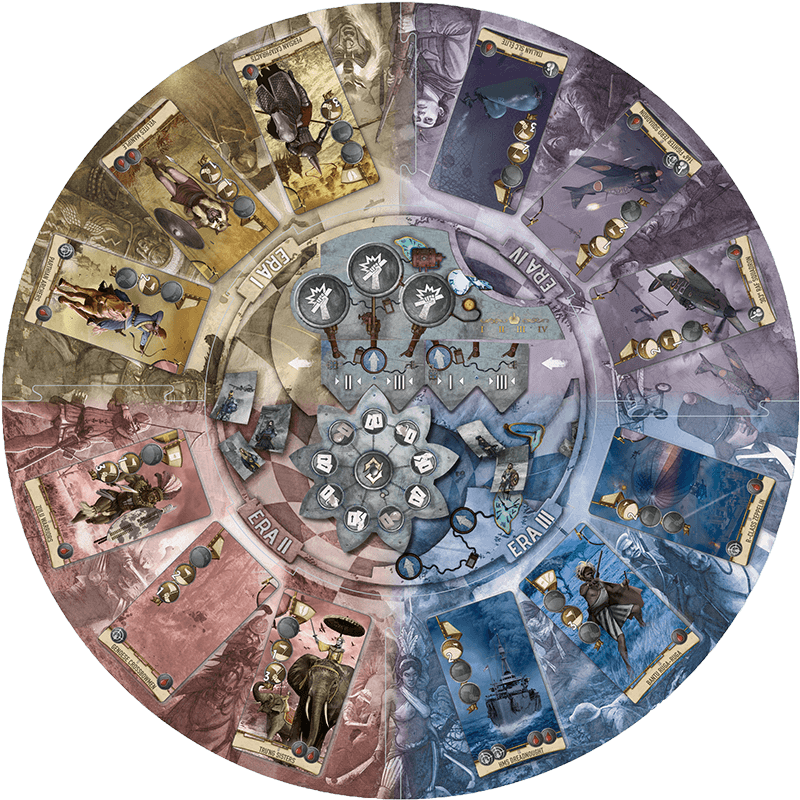 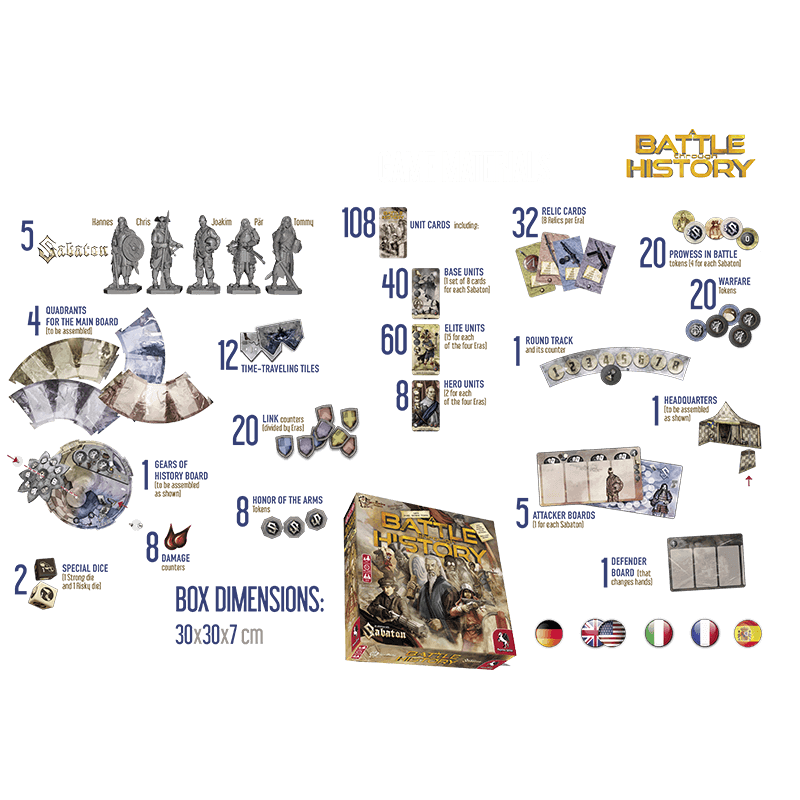 “A Battle Through History” Sabaton Board Game

IMPORTANT NOTE: Please note that due to the size of this item, it can only ship individually and with a courier service.

For thousand and thousand years, men fought countless battles. Many soldiers have fallen, but some of them, forged by blades and bullets, has become a hero and will be remembered forever.
History is meant to help us remember. Remember the pain, the glory, the armies, and the heroes. In this game, you will travel through time, reliving ancient and famous battles and historical episodes, gathering an army of warriors from different eras, to sing their epic deeds and lead them into the greatest war ever fought.

The board represents the flowing of time through different eras. According to Sabaton’s discography and military history, we thought about these ages: ancient warfare, medieval warfare, gunpowder warfare, and modern warfare. These ages are well defined by the weapons used and by the tactics developed by generals. Ancient warfare is focused on hand-to-hand combat, large armies of footmen, and primitive artillery. Medieval warfare is based on chivalry and more accurate ranged weapons, Gunpowder warfare introduced fire weapons, and Modern warfare relies on automatic weapons and war machines. But technology is not the only weapon: each Hero has a more powerful resource, his Courage.

This website uses cookies to improve your experience while you navigate through the website. Out of these, the cookies that are categorized as necessary are stored on your browser as they are essential for the working of basic functionalities of the website. We also use third-party cookies that help us analyze and understand how you use this website. These cookies will be stored in your browser only with your consent. You also have the option to opt-out of these cookies. But opting out of some of these cookies may affect your browsing experience.
Necessary Always Enabled
Necessary cookies are absolutely essential for the website to function properly. This category only includes cookies that ensures basic functionalities and security features of the website. These cookies do not store any personal information.
Non-necessary
Any cookies that may not be particularly necessary for the website to function and is used specifically to collect user personal data via analytics, ads, other embedded contents are termed as non-necessary cookies. It is mandatory to procure user consent prior to running these cookies on your website.
SAVE & ACCEPT
Important Delivery Notice

Due to the size of this Game, we can only ship it individually and ONLY via DHL and TNT/Fedex.